Maharajah Ranjit Singh ruled Punjab in what is known as Sikh Empire from 1798-1837. He had 11 official wives. His youngest queen was Ran Jindan Kaur who was with child when the Maharajah Ranjit died in 1837. Most queens of Ranjit Singh committed Sati on the funeral pyre, but Ran Jindan because of her condition was spared. Jindan gave birth to Prince Dalip Singh, but he was not crown prince as he had elder brothers. 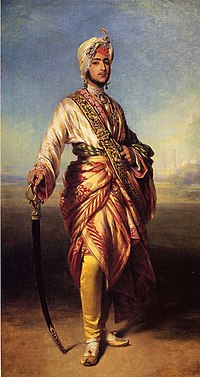 Within 6 years of Maharajah Ranjit death all his sons were either poisoned or murdered. Thus Dalip Singh by a quirk of fate was crowned Maharajah and his mother became queen regent. Punjab was in unrest and led to wars with the East India Company. Known as Anglo-Sikh war,the Sikh were defeated and Dalip Singh deposed. He was taken away to England and became a ward of Queen Victoria. Later when he grew up, he realized his heritage,but it was too late. He lived an excessive life and died in Paris in 1893. He left behind 1 son and 3 daughters all of whom died childless.

Dalip Singh was not allowed to visit Punjab. He was the last Sikh Maharajah, a tragic figure at that

Posted by Madan G Singh at 7:16 AM No comments:

Can Scent of a Woman Attract a Man? 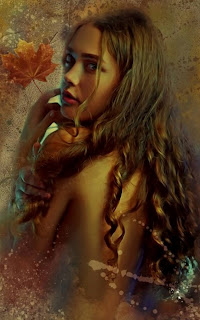 Can a woman's aroma or scent attract a man? Frankly I don't know, but I attended a party at my friend’s private place in Singapore. He told me had planned a novel party. I went alone as usual and found about 15 girls and 15 men for the party. The host announced that he was going to have a game. He wanted all the men to write their data along with a photo on a page and he announced that this data and photo would be displayed on a screen.
He also announced that the girls would give their T shirts which would be put in an open cardboard box. The men were to smell the T-shirt and decide whether he would like to pair up with the girl. His bio would be flashed and the girl had the option to decide whether she wanted to pair with him.
It was a novel game and I picked up a few T Shirts and finally I liked one smell and held it up. The girl to whom it belonged could see it. My bio was flashed and I waited. Would the girl accept me?
I was delighted when a girl from Manila working in Singapore accepted and stepped forward. She was petite, very fair and looked lovely in a mini skirt. We hit off excellently. I understand similar parties are held in New York and Mumbai.
Perhaps a woman's scent does have a meaning
Posted by Madan G Singh at 7:06 AM No comments:

Kissing Your Girl Friend in the Rain

Is kissing Your Girl Friend in the Rain More Fun

Kissing is an act of love. A man and a woman kiss to show their love for each other. Nobody knows when kissing started, but it is in existence since the dawn of civilization. All sociological and historical records show that kissing has been in vogue perhaps from the time of Adam and eve.

Kissing is also called a lip lock and there are many variables of a kiss. I am however referring only to lovers kiss which consists of a lip lock. This could be with closed lips or a half open mouth kiss or a complete duel of the tongues with free flow of saliva between the lovers.
Kissing in the rain can be great fun. In case there is a heavy drizzle or a heavy shower, it sometimes is great to kiss your girl. As the rain enevelopes and patters around on you, it is great when the rain water trickles down the lips. Some of it may enter the mouths as well and that can be quite an experience.
The drenching of the clothes also has its own charm and holding your girl tight at this moment is great fun. What if there is a thunderclap and lightning flashes. Kissing then can be a great challenge. With thunder reverberating again and again it’s always a great pleasure as there is every chance your love will cling to you that much more.
I kissed my Filipino girlfriend in the rain and it was great fun. It’s something to remember years later

Posted by Madan G Singh at 6:39 AM No comments: